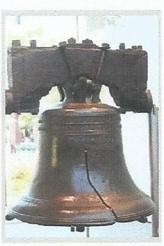 The  information  below  are  exerpts  from

A  Concise  History  Of  Butler  County

On the western shore of Delaware Bay in the little town of New Castle,
Delaware, stands a monument commemorating the landing of William Penn -
1682 to assume control of thirty - five million three hundred sixty - one thousand
(35,361,600) acres of woodland comprising what was to become the states of
PENNSYLVANIA & Delaware. He had received this pricely gift from Charles II,
King of England, under a charter dated March 4, 1681, vesting title to this tract
in the young Quaker gentleman (1644 - 1718 ).
The charter of King Charles II, dated March 4, 1781, was described by George P.
Donehoo as " the richest tract of land ever given by any King on earth to any
individual." (Pennsylvania, a history by George P. Donehoo - 1926 - Vol. 1, Pg 158).
Wm. Penn, who received this wonderful grant, had visions of a new government
founded upon the highest Christian principles for the freedom of men, for he
wrote to a friend after the chapter was signed " and my God will make it the seed
of a nation." This quotation is used for an inscription in the dome of the Capital
building in Harrisburg.
William Penn, far from being an adventurer and a ruthless, grasping owner, was
a conscientious and deeply religious young Englishman. He wanted to establish a
colony free of oppression, where people could have religious freedom. In his
pioneering attitude he issued a charter in1683 to the inhabitants of the province
which had one of the earliest declarations for protection of freedom of worship.
The charter reads in part: "I do hereby grant and declare that no person or persons
inhabiting in this province or territories, who shall confess and acknowledge One
Almighty God, the Creator, Upholder and Ruler of the World; and profess him or
themselves obligated to live quietly under the cival government shall be in no
case molested or prejudiced in his or their conscientous persuasion or practice
nor be compelled to frequent or maintain any religious worship, place or ministry;
contrary to his of their mind ot to do or suffer any other act or thing contrary to
their religious persuasion."  **  His Quaker influence was to be a dominant
feature in the history of the - COMMONWEALTH  OF  PENNSYLVANIA.