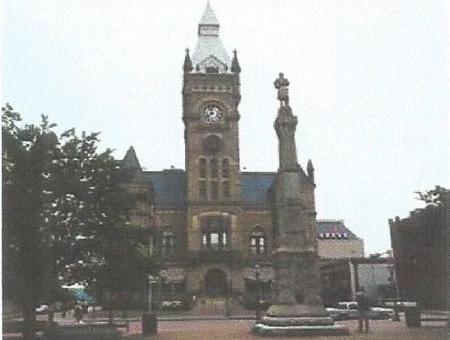 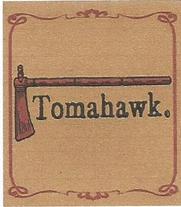 in Armstrong, Beaver and Butler Counties, Land was cheap and
the question of titles had been satisfactory adjusted with the

Indians and the Commonwealth of Virginia. Patents were being

issued, sometimes based on "Tomahawk Rights". This name

arose from a method of giving notice by settlers blazing the
bark from trees, generally near a spring and felling others as
evidence of staking claims.

By an Act of the Assembly of the

COUNTY was incorporated by the

severing a portion of land from

as it now exists is described as

follows: " Beginning at a locust

tree on the South side of Buffalo

along the Allegheny line due West

to Alexander's District ; thence due

North along that line and Beaver

​County to a corner near the juntion

Mercer County line to a white oak tree ( a little North of Harrisville ) in the Third Donation District ;

thence due east along the Armstrong County line to the place of beginning."  One of the provisions

of the Act was that the seat of justice should not be more than four miles from the center of the county.

until BUTLER COUNTY was duly organized.
Another Act was passed April 2, 1803, by which the county was organized for judicial purposes.

This completed the formation of 502,400 acres of woodland & BOROUGH OF BUTLER, & the county seat.

A bronze plaque in the entrance to the courthouse by the Daughters of the American Revolution
commemorates the BUTLER COUNTY in Honor of Major General Richard Butler ; Born April 1, 1743 , in

Carlisle, Pa., according to some records and in other records Born in Northern Ireland from which his