After 1656 he seems to have lost control of his properties and through
lack of cooperation in the family he and his wife Hannah were to some extent
dependent upon the community for their well being.
Although he and his sons as " first borne in the colony " were eligible for
grants they did not take advantage of their positions.
In the next generation several branches of the family prospered and left
good estates.
It was customary in those days during the transfer of property from father
to son, that the deed call for the father and or mother to be " maintained for
life ".  Deeds between Edward and his sons did not contain these provisions.
Edward and Hannah had at least twelve children, eight being recorded
at Marshfield.  In my research thirteen have been indicated.  There is some
question if Faith was really a first child.  Some researchers show that she
was born in 1630.  Others say that she may have been a twin to Sarah, and
that she died at birth or shortly after.
There is much more that has been written about Edward that I have not
included here.  Much of it is repetitive and or speculative.  The above is the
high lights of what I have found.
[Lynn Albert Bumpus book LAB, pg 1 & 2]\\
COMMENTS:    Of the twelve children of Edward Bumpas, the births of the
eight were recorded together in Marshfield,  and the births of the last four
were not recorded.  Since Bumpas lived first in Plymouth, then in Duxbury,
and by 1643 in Marshfield,  we cannot tell in which town any of the first six
were born,  but the last six are here assumed to be born at Marshfield.
On 7 March 1642/3 Plymouth court decreed the " northerly bounds of
Marshfield, "which included the proviso that the line " take in Edward Bumpas
lands " [PCR 2:54]. It may be that Bumpas did not move from Duxbury to
Marshfield, but merely had the townline redrawn around his property. When
the line was drawn again on 23 February 1683, part of the description of the
boundry was that it ran " on a straight line to the southwest side of Edward
Bumpas' land, so called, where he formerly lived, at Duck Hill, taking in the
said land sometimes the said Edward Bumppase's to the township of
Marshfield" [PCR 6:155].

Edouad Bompasse,  (Edward Bumpas),  as he was called in the Plymouth
Colony, the first of his name, as far as can be found to arrive in this country.
The name has taken on various spellimgs as follows:  Bump, Bumpas,
Bumpass, Bumpers, Bumps and Bumpus, as you will find in this text.
Edouad came as a young man on the first ship following the Mayflower I.
The ship  'Fortune' arrived at Plymouth, now Massachusetts, 10 Nov 1621.
The name Bompasse is probably of French origin, possibly Hugenot.  The
Old Norman and French name Bonpas family originated in Perpignam in the
extreme south western portion of france near the Mediterranean.  The name
probably came to England with Mormans & perhaps again with the Hugenots.
Bumpus also exists as a name derived from Boneboz in Normandy, a Fief
held from the Earls of Mellent.

He sold his acre of land on the north
side of town in 1628 and was granted 20
acres of land on Duxbury Bay where he
settled and built a house and palisado.
In March of 1634/35 sold this property and
was allowed to " take up land in another place".
In March of 1644/45 when the boundries of
Marshfield were laid, his property was included.

One source of information states that Edouad Bompasse was born about
1605 of St. Bartholomew Parish, London, England., died 3 Feb 1693, Marsh-
field, - Plymouth County, Ma., married 1628 in Ma., Hannah, born about 1607,
England, died 12 feb. 1693, Marshfield, Ma.
Edouad Bompasse was probably a member of the Protestants who fled
from Holland to Amsterdam.  He was reportedly with the Pilgrims in Leyden,
Holland and probably went to England with those who returned after the first
attempt to sail for America failed.  Willison in his Saints and Strangers, states
that Edouad Bompasse was a Saint and native Leydener.  Leyden was located
six to seven miles up the Rhine River and was considered the spiritual capital
of Protestant Europe.
In 1623 he received one share of land allotment as one of those who came
in the Fortune and in 1627 a share in the cattle, indicating he was unmarried. 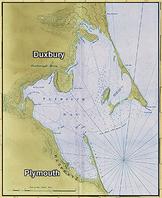 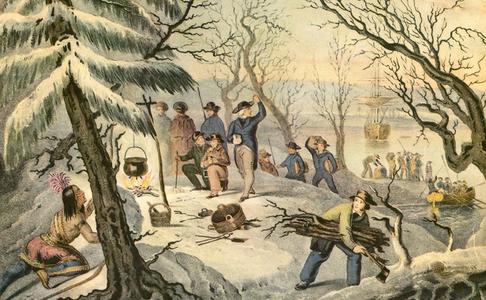 Edward Bumpas was sued for debt by Joseph Tilden on 4 October 1664
and 3 Oct 1665, but Tilden not collect [PCR 7:117,125].  As he did not have
any recorded land transactions after 1655, and his estate was not entered for
probate, Edward Bumpas clearly spent the later years of his life on the lower
end of the economic scale.  BIBLIOGRAPHIC NOTE:  The best treatment of the
first few generations of the family of Edward Bunpas is that published by
Florence Barclay in 1967 [TAG 43:65-75, 150-55, 211-16].  She abstracts a
number of documents which are crucial to the chronology of the immigrant,
his wife and children, and the specific pages for those items are often cited
above; at these locations more discussion may be found than is possible here.
Bompass, Bumpas, bump Bumpus and Allied Families, 1621-1981, revised
edition  (Baltimore 1985),  compiled by Carle Franklin Bumpus,  is less
sucessful, but does provide info on later generations (see TAG 60:189).
Source Information: Robert Charles Anderson. The Great Migration Begins:
Immigrants to New England,  1620 - 1633  [database online]  Provo, UT :
Ancestry.com,  2000. Original data :  Robert Charles Anderson.  The Great
Migration Begins: Immigrants to New England, 1620-1633, vols. 1-3. Boston,
MA: New England Historic Genealogical Society, 1995.
NOTES ON HANNAH  From THE BUMPUS FAMILY OF NEW ENGLAND
by Mrs. John E. Barclay, 1967  1967 TAG 170:43:No.2:65
Excerpt in relation to Hannah:
There is no record of his [Edward] marriage or death now extant. We
know he had a wife Hannah, whom he married in 1629-30, but her parentage
has not come to light. She has been called Hannah Annable, daughter of
Anthony, but we have proof that this Hannah Annable married Thomas
Boreman 3 March 1644/5 (Plymouth Colony Court Orders 2:80)
From BOMPASS BUMPAS BUMP BUMPUS and Allied Families 1621 - 1981
Compiled by Carle Franklin Bumpus 1985 pg. 25
From a Genalogy of: Bump-Bumpas-Bumpass-Bumpers-Bumps-Bumpus
Descendants of Edouad Bompasse of the " Ship Fortune ",  Compiled by
Lynn Albert Bumpus 1986, pg. 1.
The preceeding " Genealogical Information - Edouad Bompasse & Hannah "
was edited by a decendant of them (J.B. McBride - Laurel, Md. 12 April 2012 ) 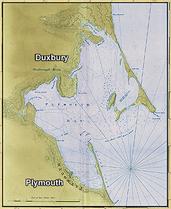 He is included in the 1643 list of men of Marshfield able to bear arms.
Sometime before Sept. 1645 he sold his property to Solomon Lenner.
Edouad or Edward as he was called, was one of the original proprietors
of Middleboro, where his son Joseph settled.
He was also a purchaser of Dartmouth lands. On the 15 July 1653
Edmond Chandler of Duxbury exchanged his rights in lands in Satuckquett
for Edward Bumpas's lands and rights in Cushenett and Coaksett.
He was on the jury in 1654 and 1655 and in 1657 took the oath of fidelity
as of the Town of Duxbury.