William Penn, the aristocratic son of an english Admiral had
his own problems when be became a Quaker - he was thrown
out of school and sentenced to jail.  Undaunted, he continued
converting people to this new religion and when his father died,
Penn took the money owed him by the Crown in the form of a
land grant in America.

Years ago, it was a rare family indeed that
didn't have strong ties to a church.  Of course
the first place to try, is the local church your
ancestors may have attended.
Making your first genealogical trip to a
cemetery will be interesting - provided you
can find the cemetery, no kidding.

Several hundred years ago, it wasn't

unusual for people to be buried on their own

property or in small private cemeteries and sometimes these burial locations have been
incorporated into other cemeteries, or sometimes are still private plots, but so grown

over with weeds and tall trees that finding them is extremely difficult.
It may seem strange to suggest that you could enjoy people who probably died
many, many years ago, once you get truly "caught up" in the spirit of the times in which
your ancestors lived, you'll find yourself getting to "know" and "understand" them quite

well.  In fact, it's safe to say you'll share their ups and downs, their sorrows, their periods
of prosperity and their moments of depression.
And as these personality traits work their way out of people's memories and long
forgotten letters or documents, many of your ancestors will really "come to life" before

your eyes.  You'll realize all this is happening when you begin to talk about your

ancestors​ as though they were alive and living just down the street.

Why  Search  Your  Ancestors

By the time the colonists declared their independence from England, one out of ten American

settlers were Scotch - Irish. These hearty people helped their new homeland in another way -
when they found all the good land along the coast was already taken, these Scotch - Irish

became the corps of pioneers who took wagon trains West to settle America's heartland.
Each Ethnic group had to gain acceptance in their adopted country; each had to undergo
undergo changes in their lifestyle and adjustments to their culture in order to take places in

of America. This country was built by people who had the courage to leave the familiar and

endure the hardships of the unfamiliar.  That kind of proud heritage is a very special

commodity - DON'T let it get away.

Why Search Your Ancestors

The Scotch - Irish were among frequent arrivals in the colonies.
Between 1720 and 1775, over a quarter million Scotchmen ( who had

been sent to Ulster in Northern Ireland by James I, to keep the Irish

under control ) settled in places like the Shenadoah Valley of Virginia,

the Pledmont county of North Carolina & along the Eastern seaboard. 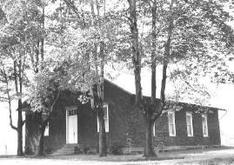 With all the interest in the subject, genealogy is changing its complexion.  How often have you thought of the person who spent his or her time digging into old records as just "a bit unusual"?  Those dusty tombs, everyone imagined were strictly the province of scolars and retired folks - people who were either paid to look into the past or people who didn't have anything better to do.
But more and more people are beginning to realize that family heritage is for everyone and there really is a great deal more to the subjecy than blowing dust off old records or squating in a grave yard trying to read inscriptions on 200 year old headstones.
Inentity - That's what you'll have when you've completed your family heritage research.  It wouldn't be fair to say you have no identity now, but unless you've alraedy done considerable genealogical digging, it's fairly safe to assume you have no real explanation for your identity - and that's a shame.  You really don't know how much excitement you're missing.
Genealogical research may not bring you to the edge of your chair at first because in this endeavor knowledge comes in bits and pieces and needs to be put together like a jigsaw puzzle.  But when the social religious, political and economic aspects of your ancestor's lives begin to fall inro place, like many who have thrilled to their own discoveries before you, you'll wonder that so much could have really happened in your family.
But identity isn't the only benefit to be derived from your efforts.  If you ask the right questions, you'll also begin to expand your knowledge of a great many historical events.  You just cannot trace your heritage without becoming very curious about the places and events that shaped their lives.
America has always been a melting pot of races and religions.  So it doesn't really matter if you're red, white, yellow or black, Protestant, Catholic, Jewish, Morman, Quaker, etc. - your family heritage begins with you.

Penn and his colonists arrived in 1682 and immediately negotiated with the Indians
Indians to purchase land.  The Quakers were pacifists and believed in true democracy.

access to their settlement.  In just 2 short years, the capital of Penn's Province,  Phila - 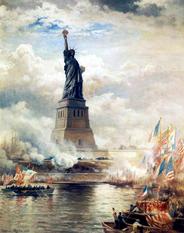 " Give me your tired, your poor,"  Emma Lazarus wrote.
" Your huddled masses, yearning to breathe free.
The wrethed refuse of your tearning shore.
Send these, the homeless, tempest-tossed to me.
I lift my lamp beside the golden door." 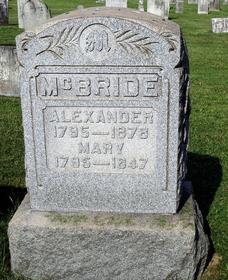 In 1790, when Edmund Burke wrote "Reflections on the Revolution in France," he included this thought - "People will not look forward to prosperity who never look backward to their ancestors."
It certainly is an interesting thought and even though many of us never said it quite so well, the same ides has been responsible for putting a great many people of an exciting trail of ancestorial discovery.

Unless your heritage is American Indian, your ancestors came to American shores

from someplace else in the world.  At some point during your family heritage research,

that information might be an important clue to when your family became "American."

Would you be willing to gather up your family after hearing about a new area, all possessions

you could carry and move to a place you know nothing about ?
Think about it for a moment.  Would a draught, a flood, a plague of locusts, an earthquake, a

or lack of freedom ?  You'll have to admit whatever spurred you to make a drastic move would have

to hold out the promise of a substational reward.
Yet, millions of people did just that - came by the hundreds, by the thousands to the shores of

America looking for a chance to improve their lot in this new, growing country.  Some of them came

willingly, some against their will, some were destined for greatness, others barely escaped the

poverty, depression and tyranny they left behind.
On 28 Oct 1886, President Grover Cleveland accepted a gift from France saying, "We will not

forget that Liberty has here made her home."
The 152 foot high statue was placed on a 150 foot pedestial.  Ever since 1886, the simple words

on the base of the statue have been tempting and beckoning people to our shores.

Unless your heritage is American Indian,
your ancestors came to American shores
from someplace else in the world.
Most new arrivals flocked to areas already settled
by fellow countrymen who had immigrated earlier.